The Nissui Group has set CO2 emission, water usage and waste production as three important benchmarks for its efforts to reduce environmental impact. We have set medium- to long-term targets for Nissui and Its group companies in Japan. We are committed to contribute to the various visions of sustainability proposed on a global level including the SDGs, the Paris Agreement and the realization of a sound material-cycle society.

The package of Nissui’s fish sausage use “eco-clips®” instead of the conventional metal stops. Using “eco-clips®” reduces the use of aluminum by 120 tons per year and also leads to the proper sorting of trash once the fish sausages are consumed. Additionally, the “Meku-tape(Peel-off-tape)®” currently being used in products with “eco-clips®” allows the fish sausage to be opened without using sharp objects such as scissors and to be consumed more safely and conveniently.

Starting from 2007, all products with “eco-clips®” were made with “Meku-tape (Peel-off tape)®” allowing the fish sausage to be opened without using blades such as scissors. Starting from March 2019, the new technology, “Raku-ake (Easy open),” has been introduced in “Hokkaido Sausage” and “Ma-aji no Umami Sausage.” “Raku-ake (Easy open)” is a functional design with improved usability allowing the seal portion of the inner packing film to be opened from “any direction” and “as many times as necessary.” Going forward Nissui aims to expand this technology to other fish sausages in order to have more customers conveniently enjoy fish sausages.

The “Shizenkaito-de-oishii” series of frozen prepared foods for retail, which can be packed into lunch boxes straight out of the freezer, are energy-saving frozen foods because they do not require reheating in the microwave. The “Shizenkaito-de-oishii” frozen prepared food series won the Excellence Award for Energy Saving Product of the Eco-Products Award in 2012, and has long been popular as products that makes eco-food preparation possible. 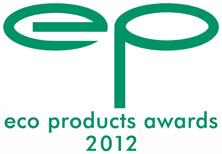 Shift to Lightweight Containers and Packaging 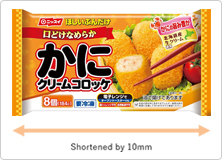 Results of reduction of plastic containers and packaging

The Kashima No.1 Plant and the Kashima No.2 Plant of the Fine Chemicals General Plant switched to electricity using city gas as fuel for a part of its electrical energy, which had been previously purchased.
The Kashima No.1 Plant and the Kashima No.2 Plant are leading plants of Nissui’s Fine Chemicals Business, which use state-of-the-art technology to extract and refine EPA and DHA (functional materials) from blue-backed fish (a category of fish used in Japanese cuisine. e.g.: sardine, mackerel). The plants have recently entered into a new agreement with the gas company to install cogeneration facilities (combined heat and power supply) using city gas as fuel on the plant’s premises and the supply of electricity started in October 2019. By effectively utilizing the exhaust heat collected from power generation to make steam and hot water, a reduction of approximately 5% per year (541tons-CO2) in CO2 emission can be expected compared to previous methods. 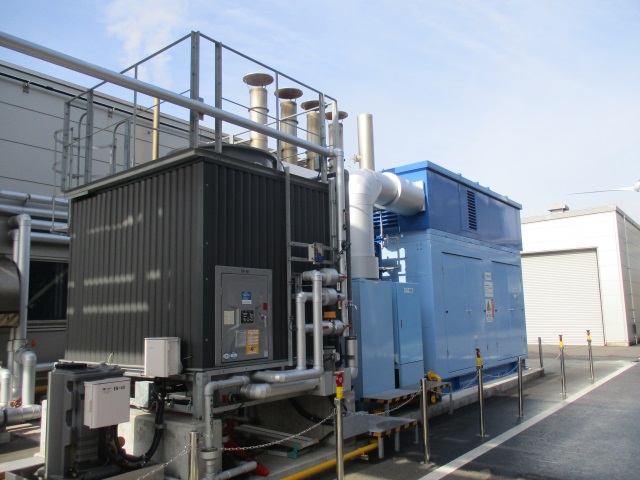 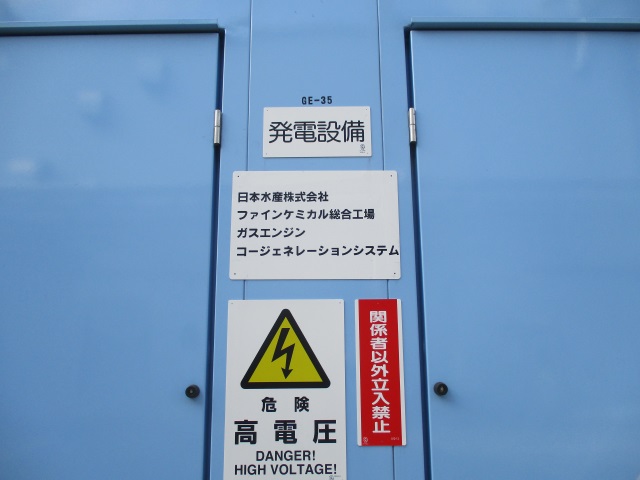 In 2020, the Hachioji General Plant, which produces various foods including frozen prepared foods, took advantage of the Ministry of the Environment “Subsidies for CO2 Emission Reduction Countermeasures Projects” and switched to the HFC-free, direct expansion CO2 freezer unit manufactured by Mitsubishi Heavy Industries Air-Conditioning and Refrigeration, Ltd. The Hachioji General Plant had previously used the chlorodifluoromethane R22 (Note 1), which is commonly referred to as old refrigerant, for the frozen storage of its primary raw materials and products. As this switch will entail the use of R774 (CO2 refrigerant), a green refrigerant, the global warming potential (GWP) (Note 2) will drastically drop to “1/1810” (Note 3), which will lead to the reduction of the environmental impact. The Hachioji General Plant will take this opportunity to further promote the switch to natural refrigeration.

(Note 1) R22: A refrigerant containing hydrogen in addition to chlorine and other substances. Unlike designated CFCs, whose production was terminated in 1995, R22 is not as destructive to the ozone layer but because of its greenhouse gas effects, some governments are currently promoting the switch to green refrigerants that do not contain HFC.

(Note 3): From the Ministry of the Environment sources. 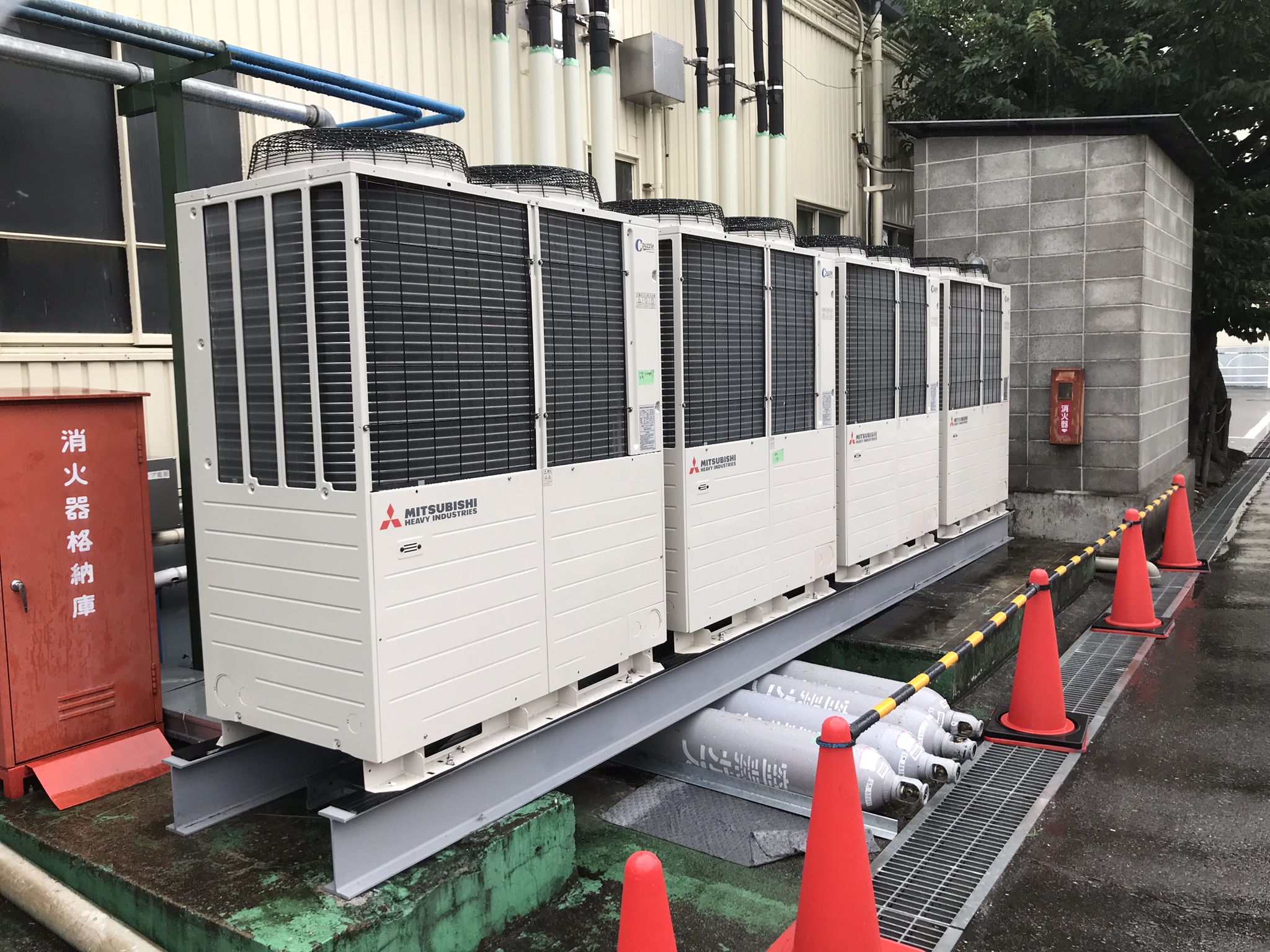 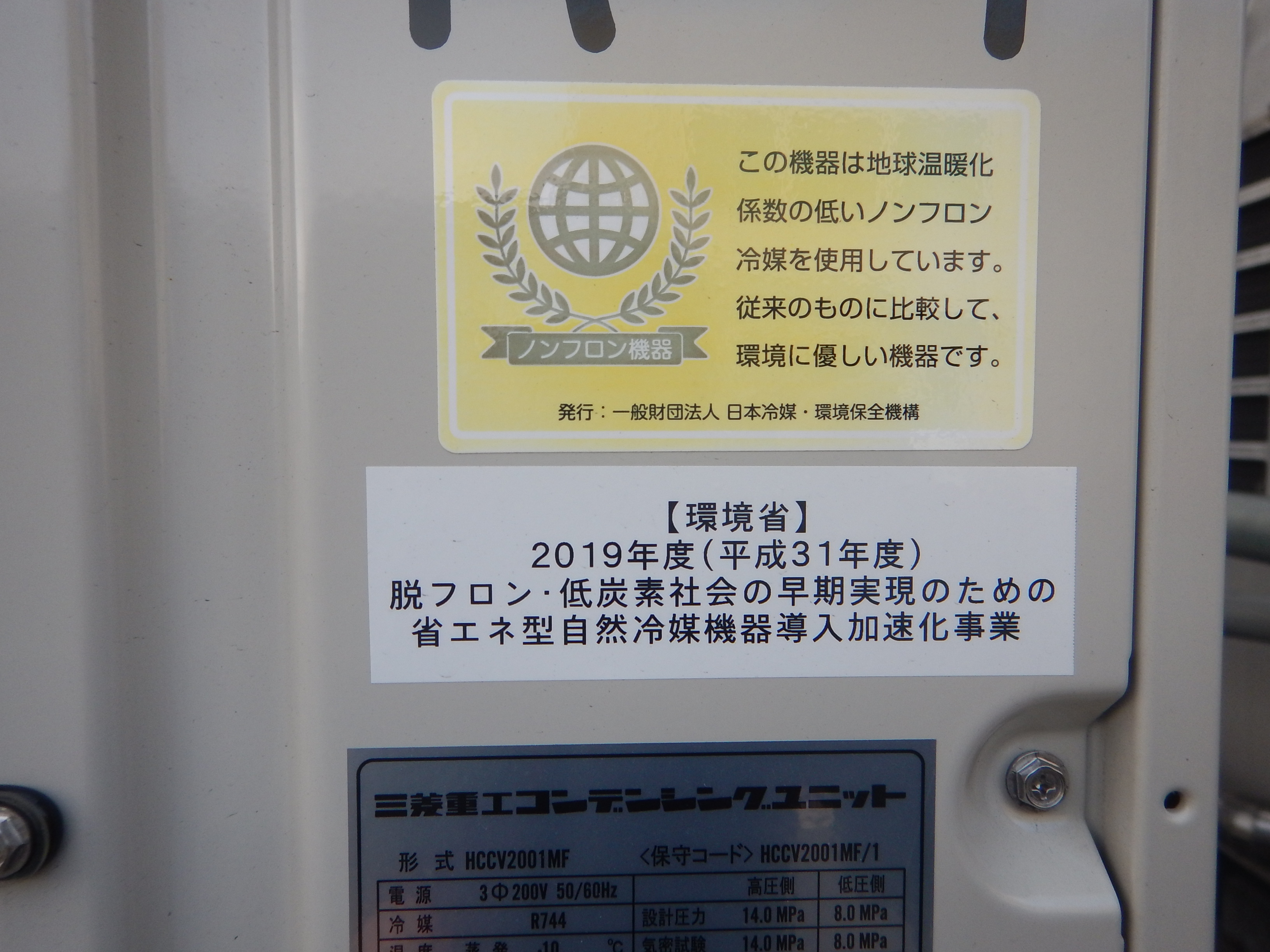 Promoting the Use of Electric Vehicles (EV) to Employees (F.W. Bryce, Inc.)

The Nissui Group company, F.W. Bryce, Inc. (U.S.) imports and sells marine products from Alaska where the Nissui Group bases are located, as well as Norway, Canada, Iceland, and other parts of the world. At its headquarters in Gloucester Massachusetts, F.W. Bryce, Inc. installed a charging station in the parking lot for electric vehicles (EV) to be used by its employees and others. EVs do not emit CO2 and other air polluting substances while driving since they do not run on gasoline. However, EVs need to recharge their batteries using dedicated charging facilities instead of gasoline. By installing this charging facility at the parking lot, F.W. Bryce, Inc. is encouraging employees to use vehicles with a smaller environmental impact in their commuting and other occations. These efforts have also led to the reduction of the emission of CO2 and other air polluting substances for the company as a whole. 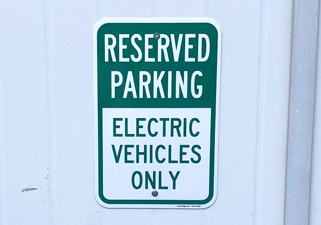 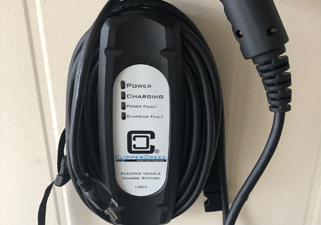 Collaboration with Partners in Recycling Through Methanation and the Recycling Loop (Cité Marine S.A.S.)

The Nissui Group company, Cité Marine S.A.S., is a company that manufactures processed marine products in France. Since 2017, Cité Marine S.A.S. has been collaborating with Veolia (Note 1) and Liger (Note 2) to conduct 100% methanation of organic plant residue (breadcrumbs, sauces, and fish scraps generated from the production process) and waste oil extracted from used water prior to treatment.
The methanation facility of Liger is located about 40 kilometers from the main plants of Cité Marine S.A.S. At this facility, organic plant residue and waste oil are converted into methane gas (biogas). Subsequently, biomethane is extracted from this methane gas and supplied to Liger’s NGV (Natural Gas Vehicle) station. Almost every day, trucks running on this biomethane as fuel can be seen collecting the organic plant residue mentioned above, which, in effect, is forming a complete recycling loop. In addition, the shuttle trucks which run between the plants of Cité Marine S.A.S. in Kervignac also use these biogas as fuel.
According to Veolia’s estimates of CO2 emission, in 2019, with these efforts, methane gas emission was curbed to 1,154.2 tons/year in CO2 equivalent, and the mileage achieved by biomethane fuel was 8,079,365 km for the average vehicle (Calculated by certified GreenPath tool). This process of creating biogas by methane fermenting organic plant residue and waste oil and using the biogas will not only lead to the prevention of global warming but also the reduction of waste, the promotion of recycling, and the formation of a sound material-cycle society. 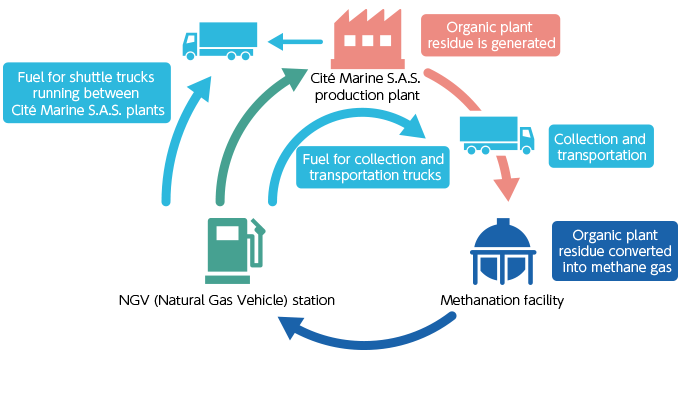